Welcome to The Craft Box!

We will be closed on Mondays starting Memorial day through Labor Day.

We will be closed for Summer Vacation July 4-9.

Happy St. Patrick’s Day!  Spring is trying to join us!  Colorado’s weather is such a challenge for our weather casters!  Warm spring days with a few inserts of snow make for a normal spring season here.  If you need to get your spring on, look at the front table!  We’ve been pulling out everything that will give your spring crafts a head start…  St. Patrick’s day, Easter, spring flowers and lovely bright colored-craft items.

All Buttons and Wood Products are 20% off through March 31st. A special offer for button lovers:  Cup O’ buttons.  Price is based on the cup size.

Appointments are being scheduled for  Late JULY 2017.  We are not paying for rubber stamps, books and magazines over 10 years old, apparel or home decorator fabric.  If you can’t wait until then, we will accept all donations at any time. 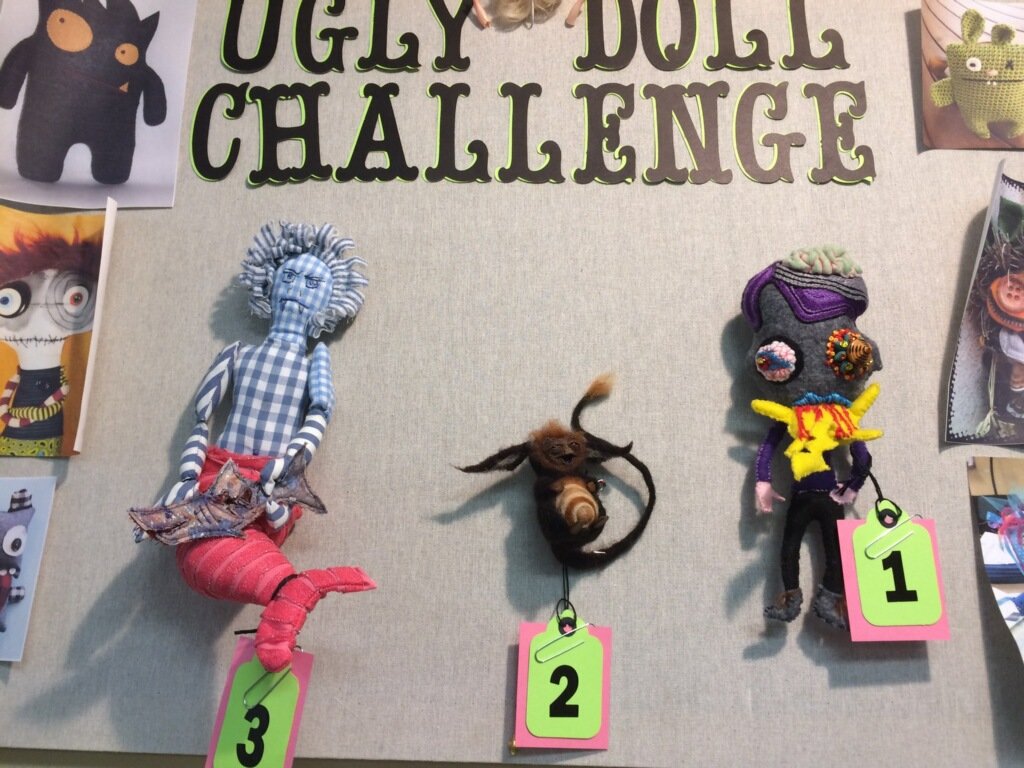 Many of you have expressed an interest in the challenge that Craft Box employees and friends have been doing (check out our journals on display!) so we thought that it would be fun to open it up to all of our cus­tomers.  Here’s how it works:

A new challenge will be announced the first month of every quarter (January, April, July, October).  The fin­ished project must be brought to the Craft Box by the 15th of the second month.  All projects  will be on dis­play, during which the customers will vote for their favorite.  The winner will be announced at the end of the  third month and will receive $10.00 in Craft Box Bucks.

We’re now in the voting stages for the Ugly Doll Challenge.  Stop by the Craft Box and post your vote for your favorite.  Voting ends on March 24th.  Watch for our next challenge which will be announced in April!

The Craft Box brings new life to gently used craft items and reduces waste by encouraging creativity through the sale of craft items, promoting community, and providing support through the giving of items, time and talents.